With the outbreak of the Dominion War Starfleet faces a superior force, so every able-bodied officer and crewman is called upon to do their duty in service of the Federation, whilst dredging mothballed starships up to fulfil various support roles. The Constellation-Class U.S.S. Orion NCC-3013 is one such ship; retired from active duty fifty years ago, she now serves behind the front lines, transporting troops, searching for survivors, recovering salvage, hauling essential supplies.

Her crew are made up of rookies, reprobates and retirees, including: her thirty-one year old Captain, apathetic First Officer, Ops Manager with a chip on his shoulder, crotchety Ships Surgeon, demoted Orion Security Chief, preppy Chief Engineer, over-worked Counsellor, ill-prepared Conn Officer, and Chief of the Boat who was in the Maquis.

Banner made using a screencap from "Peak Performance" (TNG). 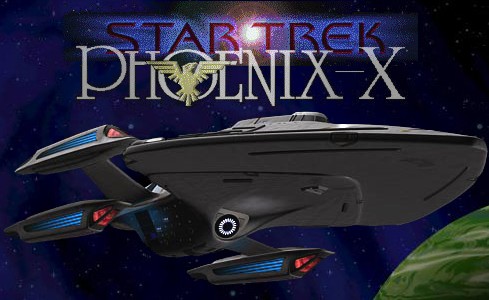 rn
rn-- In the late 24th and early 25th century, a second, even more secret, Prometheus-class starship is launched; the twenty-fifth starship to bear the name Phoenix, after a freak two-year transwarp-testing phase in which all its predecessors were destroyed one after the other. Now it serves the Federation, and secretly, the insidious shadow organization Section 31.
Parent Series: None
Categories: Expanded Universes
Characters: None
Genre: Action/Adventure, Humor
Warnings: None
Challenges: None
Open: Closed [Report This]
Star Trek: Raven by Mackenzie Calhoun

[Reviews - 6]
Summary: In 2002 I and a couple of friends started on this series. It meandered along for a few years, written by me alone eventually. It paused, restarted in 2005 and sort of trailed off by 2008 with odd stories done until recently I called time on it.rnThe series follows the Sovereign-class Raven-A on her varied journeys. The crew are just doing a job and do it as they can.rnrnWhat you will embark upon started from fervent imaginations of a sixteen year-old and now updated, edited by a twenty-eight year-old. rnrn 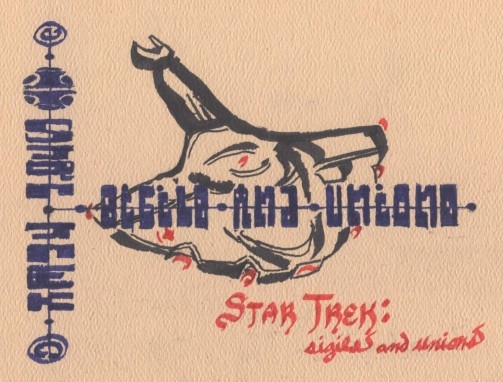 Recent history has not been kind to the Cardassian people. Following protracted wars with the Federation and now the Klingon Empire, the Cardassian Union has been absorbed into the Dominion with promises of greater glory than Cardassia has ever known.

Given this tumultuous history and tightly-controlled society, it is easy to look across the border and suppose the support of this alliance--and the attitudes that led Cardassia into this situation to be unanimous. But there is more to the Cardassian people than most outsiders have ever suspected.

And in the wary eyes of the Cardassians, there is more to the Federation than most of its own citizens have ever suspected. Will the Cardassian Union's darkest hour eventually lead to its finest hour?

Explore this question through the eyes of the Cardassians themselves, and those in the Federation with whom they cross paths.

Kiba'avzayn and welcome to the Cardassian Union!

Here you will find collected bits of information about the Cardassian people as portrayed in Star Trek: Sigils and Unions, as well as the occasional tidbit about those others who have crossed their path. Culture, language, geography, and history...there's a little bit of everything to give terhăn-çăs their first real introduction to Cardassia!

Parent Series: None
Categories: Meta, Essays and Everything Else
Characters: None
Genre: None
Warnings: Adult Language, Violence
Challenges: None
Open: Closed [Report This]
Star Trek: Sigils and Unions--Catacombs of Oralius by Nerys Ghemor Somewhere among the hundreds of thousands of parallel universes is one where the worlds of Cardassia have fallen to an implacable enemy on a jihad to destroy everything they hold sacred.

Some seek refuge among the stars, while others fight the enemy at home--and in the depths of their souls.

Driven by twisted forces of immeasurable magnitude, the Bajorans have invaded. Will the spirit of Cardassia remain unbroken?

The adventures of Captain Elizabeth Shelby and the crew of the Nebula Class starship USS Sutherland.

Stories about of the crew of the USS Tesseract, the Federation's largest and most advanced ship, built for the Federation's first official seven-year mission of exploration to the Delta Quadrant. The mission is led by quarter-Betazoid Captain Adele Oyugo and her first officer Commander Icheb, an ex-Borg Brunali native to the Delta Quadrant. Under the watchful eyes of the mission advisory board and enigmatic Admiral Shane Beckley, Adele and her large, eclectic, and sometimes volatile crew uncover an ominous mystery and soon find themselves pulled into a dangerous conflict with implications for the entire quadrant, and maybe the galaxy. Can this crew overcome their own interpersonal difficulties and work together to bring peace to the Delta Quadrant?

[Reviews - 2]
Summary: The shadow and influence of two great powers: The Tren Empire and the Vizorian Confederacy, is steadily creeping over the Alpha Quadrant. While the Alpha Quadrant powers have political problems of their own, a potential war between the Tren and the Vizorians threatens the very existence of the Federation and other interplanetary states. However, as the years pass by and conditions in the Alpha Quadrant deteriorate, a far larger danger is gathering force unnoticed...

Star Trek: The Approaching Shadow is a direct continuation of DS9, set 18 years after the Dominion War. PLEASE NOTE that this series does NOT use the universe of the DS9 Relaunch stories. Instead it is an alternate take to what happened after the ending of the Dominion war.

This is a mix of new and old, new characters with old characters. Kira, Bashir, Ezri and Odo are four of the main characters from the DS9 series (the old guard), while we introduce three new main characters: Megan, Max and Holo (two humans, and the latter being a hologram).

In this series there are storylines/plots about the Dominion, Bajor, the Romulans and the Breen. Plus I'm introducing two new major races: Vizorians and Tren. They will over the seasons (and especially from season 3) play a major role in this series development. (also look out for another new races I throw into the mix!)rnrnPlus later on there will be stories dealing with various races: Trill, Klingons, Cardassians, plus other great races in the Star Trek universe. Not only that this series has tons of secondary characters, new and old...

Spanning the generations of Starfleet history, the one tennant that ties them all together are the various philosophies of command. The power of starship captains affect the consequences of the future, and so that kind of power must be used with caution and pause.

From the wild frontier of the formative years to the refined maturity of a post-Dominion War fleet, the philosophy of command remains as constant as the speed of light.

[Reviews - 70]
Summary: The Dominion War is over, but rebuilding is only beginning. Many of Alpha and Beta Quadrant powers are at societal crossroads. From what is left of the Cardassian Union to the Klingon Empire, many worlds face internal strife that will have drastic impacts on the astropolitical scene.
Parent Series: None
Categories: Expanded Universes, Deep Space Nine
Characters: Ensemble Cast - DS9, Ensemble Cast - Multiple, Garak, Elim
Genre: Action/Adventure
Warnings: Violence
Challenges: None
Open: Closed [Report This]
Star Trek: Yellowstone by Admiral Christopher [Reviews - 0]
Summary:

The crew of an Intrepid class starship, the USS Yellowstone, has a crew of many different species and a few humans. Captain Woar Yogi commands the ship; he is a Lupsus (wolf-bear) species.

This series is set approximately in the early 2380s as Starbase 107 is, and will occassionally cross over as Lieutenant Commander Ian Yogi is the younger brother of Captain Woar Yogi by three years. In Starbase 107: Helping Hand, Captain Yogi makes a quick cameo at the Commissioning Celebration of Conservancy.

Starbase 107 (SB107) is about a Regula class space station, commanded by Rear Admiral Cody Buchanan, located in the Alpha Quadrant between Inferna Prime and Memory Alpha. The USS Conservancy, a Thoreau class starship that is similar to the Nebula class but with one centrally placed nacelle underneath the secondary hull, is commanded by Captain Daniel Josiah Barrett and is stationed at SB107.

This episodic series will have adventures at the space station, as well as in space.

Chronicliing the voyages of the starship Aries, a Renaissance-class starship during the early 24th century.

A seasoned captain and crew help to defend the Federation during the early days of the 24th century. Federation expansion has pushed further into the final frontier than ever before and upset a host of political alliances across two quadrants. Not everyone appreciates the presence of Starfleet or the Federation's new colonies in these regions, and Reykjavík must hold the line against those who would wish ill upon the UFP and it's citizens.

[Reviews - 73]
Summary: From mid-level operative to head of the Obsidian Order for an unprecedented 20 years, Enabran Tain defied all odds and made his own rules. How he did so is shrouded in mystery, a tale untold, until now. Explore his triumphs and failures and view his rise to power through his eyes and the eyes of those closest to him, for good or for ill.
Parent Series: None
Categories: Deep Space Nine, Expanded Universes
Characters: Ensemble Cast - Multiple, Garak, Elim, Garak, Mila, Garak, Tolan, Tain, Enabran
Genre: Drama, Family, Mystery, Romance, Tragedy
Warnings: Adult Situations, Character Death, Violence
Challenges: None
Open: Closed [Report This]
[Previous] 1...2 3 4 5 6 7 [Next]